The human chain as an act of political demonstration

The Baltic Way is an outstanding example of a peaceful political mass demonstration, but it was not the first of its kind, nor did it remain the last. One of the most famous mass events that may have inspired the organisers of the Baltic Way either directly or indirectly took place in the United States of America on 25 May 1986, ‘Hands Across America’, when according to some sources up to 6.5 million people joined hands for a charitable human chain organised in protest against famine and poverty.

In the movement for the restoration of the independence in the Baltic States, a human chain had been used as a method of political demonstration prior to 1989. On 17 September 1988, a human chain had been formed around the Ignalina nuclear power plant in Lithuania to draw attention to the dangers associated with atomic energy. In Estonia people had stood in a chain the previous autumn: on the evening after the foundation congress of the Popular Front of Estonia on 1 October 1988 the congress delegates and guests formed a chain holding hands with candles and torches, chanting “Estonia is in our hands!” and other slogans.

In the decades since the Baltic Way, political mass protests in the form of a human chain have been held in many countries and with a considerable number of participants. A protest on a scale comparable to the Baltic Way was held on 28 February 2004 in Taiwan, the 2/28 Hand-in-Hand Rally, approximately 2 million people joined hands in a human chain just under 500 kilometres long.

The organisers of the human chain in support of the independence of Catalonia from Spain on 11 September 2013, Catalan Way towards Independence, (1.6 million people, 480 km) have said that they were inspired specifically by the Baltic Way. 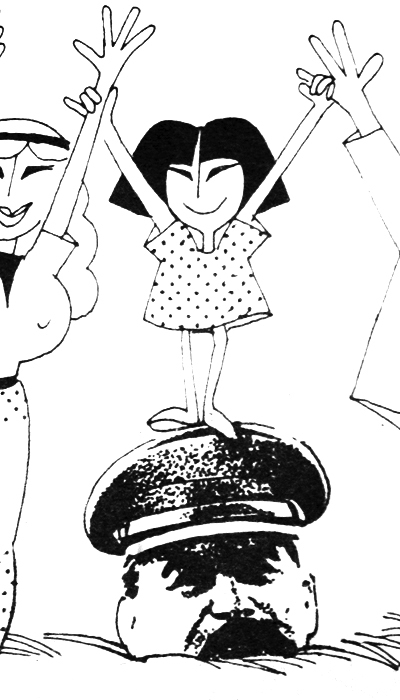