In the West, events to commemorate the victims of communism and political demonstrations had been held on the anniversary of the Molotov-Ribbentrop Pact on 23 August for several years to draw attention to the situation in Eastern Europe subjugated by the Soviet Union. The undertaking was led mainly by émigré activists, who introduced the black ribbon as the symbol of the day and called 23 August The Black Ribbon Day. On Black Ribbon Day 1989, demonstrations were held in almost 50 cities, including New York, London, Sydney and Stockholm. According to the organisers’ estimation, the events brought together tens of thousands of people.

From Russia, reports came in about protests by democrats in support of the Baltics in several cities. The largest of these were in Moscow and Leningrad, where the gathering crowds were dispersed before the meetings could even start. Dozens of people were arrested and many were beaten brutally by the Militsiya. The Leningrad protest had been banned by the authorities on the grounds that the MRP issue was still being discussed. 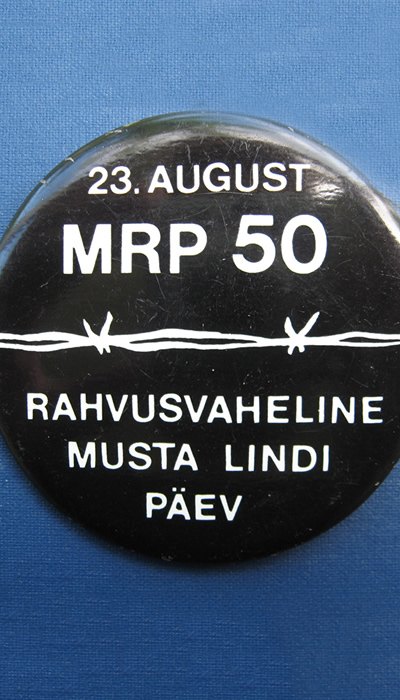